Premium Motorsports Welcomes Canadian NASCAR Next driver, Gary Klutt to the No.15 Cup team at ‘The Glen’

Premium Motorsports Welcomes Canadian NASCAR Next driver, Gary Klutt to the No.15 Cup team at ‘The Glen’ Mooresville, NC (Tuesday, August 1, 2017) – Gary Klutt is striving to become a household name among the American NASCAR audience very soon. Klutt, a current driver in the Canadian NASCAR Pinty’s Series will travel across the border to Watkins Glen, NY this weekend where he will pilot the No.15 Chevrolet SS for Premium Motorsports and make his debut in the Monster Energy NASCAR Cup Series at Watkins Glen International for the ‘I Love NY 355 at the Glen’.

Color Compass, will be Klutt’s largest partner for the event, a Canadian paint distributor, that is excited to get involved in Klutt’s blossoming career as he makes his debut at the pinnacle of the sport. The #15 Chevy will also feature Fusillo Construction, and continued support from Pioneer Family Pools for Klutt’s Cup Series Debut.

“Ever since 2015 when we won our first NASCAR Pinty’s Series race I had the goal to one day compete in the Cup Series at Watkins Glen” said Klutt. “This is an incredible opportunity I have to thank Jay Robinson and everyone at Premium Motorsports for it”. “I am excited to work with Mark Hillman as my crew chief for the race, I have heard nothing but good things, and I’m sure we’ll get along well!” Said Klutt.

“Obviously this is a huge step for me, having only made one National series start, and I’m under no illusions, it’s going to be tough, but I think if we can run a clean race and work a good strategy we’ll do just fine!” Coming from the NASCAR Pinty’s Series, Klutt is no stranger to road course racing, were they visit 5 each year with a strong field with guys like, Alex Tagliani, and former F1 Champion Jacques Villeneuve on occasion.

The ‘I Love NY 355 at the Glen’ will take place on Sunday, August 6th at 3:00PM ET. Race fans can tune-in to NBCSN for race coverage and follow @premiummotorsports on Twitter for updates throughout the weekend. 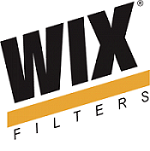